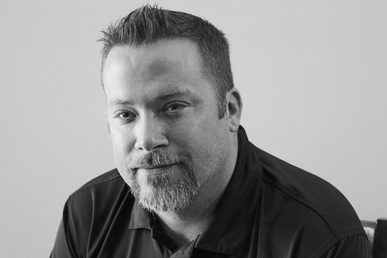 T. A. Fenner (Timothy Alan Fenner) was born in Darlington, Wisconsin in 1976, the fourth child of Pam and Carl Fenner.  With his parents, brothers (Mike and Derek) and sister (Amy), he lived in the farming community throughout his entire childhood.

After graduating high school, Fenner worked a number of jobs: restaurants, a casino, and even towboats on the Mississippi River. Fenner eventually entered the Information Technology industry, starting as a help desk analyst and moving up the ranks into systems administration, until finally climbing into management.

In 2004, he married his one and only wife, Gina. The Fenners have two sons - Tyler and Trevor. The Fenners currently reside in Georgia and have no intention of ever leaving ... except for maybe the occasional excursion to the Great White North to visit friends and family!

Fenner's goal is to become a published author and, as such, attempts to direct his Muse towards the creation of short stories, novellas and novels -- covering Science Fiction, Horror and Fantasy (i.e. swords and sorcerers, not Fifty Shades of Perversion). He occasionally dabbles in literary fiction, even Women's Literature -- but we don't speak of such things! These stories are not only meant to entertain, but also to carry a message for the reader -- to inspire, to awaken, and to educate -- or at minimum, to be more than just a splash of words across the page!

Fenner began writing as a hobby back in his days on the Mississippi while the towboat he worked plodded its way upriver. His earliest work took form on the back of whatever paper he could find, using pen, pencil, or a marker to carve out his immature musings. In the years that followed, Fenner found only spurts of inspiration (i.e. free time!) and sadly, didn't make much progress.

But now he wishes to unleash his rants and revelations upon the world, and as such, to become the envy of every breathing woman, man and compatible alien alive.  (Did I mention he was completely nuts?)

Besides fiction writing, Fenner attempts to confuse and bewilder other aspiring authors by contributing his blog content to FictionRemedy.com.  If you dare, go check it out and see if any musings or ramblings (from Fenner or the other contributors) make any sense.